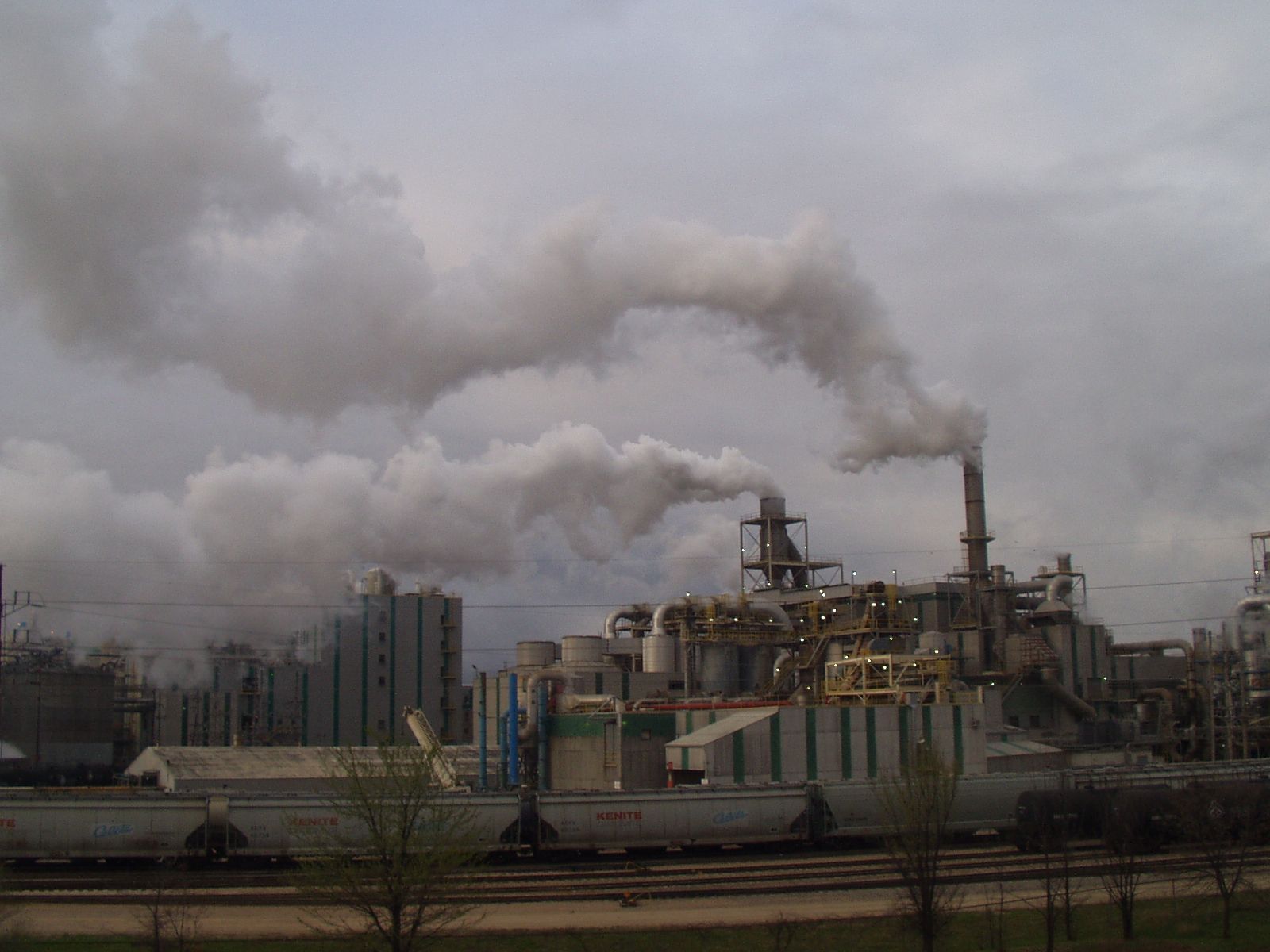 Nobody thinks of sugar when they see a field of corn. Most of us would be surprised to learn that the larger percentage of sweeteners used in processed food comes from corn, not sugar cane or beets.

The process for making the sweetener high fructose corn syrup (HFCS) out of corn was developed in the 1970s. Use of HFCS grew rapidly, from less than three million short tons in 1980 to almost 8 million short tons in 1995. During the late 1990s, use of sugar actually declined as it was eclipsed by HFCS. Today Americans consume more HFCS than sugar.

High-fructose corn syrup (HFCS) is produced by processing corn starch to yield glucose, and then processing the glucose to produce a high percentage of fructose. It all sounds rather simple—white cornstarch is turned into crystal clear syrup. However, the process is actually very complicated. Three different enzymes are needed to break down cornstarch, which is composed of chains of glucose molecules of almost infinite length, into the simple sugars glucose and fructose.

First, cornstarch is treated with alpha-amylase to produce shorter chains of sugars called polysaccharides. Alpha-amylase is industrially produced by a bacterium, usually Bacillus sp. It is purified and then shipped to HFCS manufacturers.

Next, an enzyme called glucoamylase breaks the sugar chains down even further to yield the simple sugar glucose. Unlike alpha-amylase, glucoamylase is produced by Aspergillus, a fungus, in a fermentation vat where one would likely see little balls of Aspergillus floating on the top.

There are two more steps involved. First is a liquid chromatography step that takes the mixture to 90 percent fructose. Finally, this is back-blended with the original mixture to yield a final concentration of about 55 percent fructose—what the industry calls high fructose corn syrup.

HFCS has the exact same sweetness and taste as an equal amount of sucrose from cane or beet sugar but it is obviously much more complicated to make, involving vats of murky fermenting liquid, fungus and chemical tweaking, all of which take place in one of 16 chemical plants located in the Corn Belt. Yet in spite of all the special enzymes required, HFCS is actually cheaper than sugar. It is also very easy to transport—it’s just piped into tanker trucks. This translates into lower costs and higher profits for food producers.

The development of the HFCS process came at an opportune time for corn growers. Refinements of the partial hydrogenation process had made it possible to get better shortenings and margarines out of soybeans than corn. HFCS took up the slack as demand for corn oil margarine declined. Lysine, an amino acid, can be produced from the corn residue after the glucose is removed. This is the modus operandi of the food conglomerates—break down commodities into their basic components and then put them back together again as processed food.

Today HFCS is used to sweeten jams, condiments like ketchup, and soft drinks. It is also a favorite ingredient in many so-called health foods. Four companies control 85 percent of the $2.6 billion business—Archer Daniels Midland, Cargill, Staley Manufacturing Co. and CPC International. In the mid-1990s, ADM was the object of an FBI probe into price fixing of three products—HFCS, citric acid and lysine—and consumers got a glimpse of the murky world of corporate manipulation.

There’s a couple of other murky things that consumers should know about HFCS. According to a food technology expert, two of the enzymes used, alpha-amylase and glucose-isomerase, are genetically modified to make them more stable. Enzymes are actually very large proteins and through genetic modification specific amino acids in the enzymes are changed or replaced so the enzyme’s “backbone” won’t break down or unfold. This allows the industry to get the enzymes to higher temperatures before they become unstable.

But there’s another reason to avoid HFCS. Consumers may think that because it contains fructose—which they associate with fruit, which is a natural food—that it is healthier than sugar. A team of investigators at the USDA, led by Dr. Meira Field, has discovered that this just ain’t so.

Sucrose is composed of glucose and fructose. When sugar is given to rats in high amounts, the rats develop multiple health problems, especially when the rats were deficient in certain nutrients, such as copper. The researchers wanted to know whether it was the fructose or the glucose moiety that was causing the problems. So they repeated their studies with two groups of rats, one given high amounts of glucose and one given high amounts of fructose. The glucose group was unaffected but the fructose group had disastrous results. The male rats did not reach adulthood. They had anemia, high cholesterol and heart hypertrophy—that means that their hearts enlarged until they exploded. They also had delayed testicular development. Dr. Field explains that fructose in combination with copper deficiency in the growing animal interferes with collagen production. (Copper deficiency, by the way, is widespread in America.) In a nutshell, the little bodies of the rats just fell apart. The females were not so affected, but they were unable to produce live young.

“The medical profession thinks fructose is better for diabetics than sugar,” says Dr. Field, “but every cell in the body can metabolize glucose. However, all fructose must be metabolized in the liver. The livers of the rats on the high fructose diet looked like the livers of alcoholics, plugged with fat and cirrhotic.”

HFCS contains more fructose than sugar and this fructose is more immediately available because it is not bound up in sucrose. Since the effects of fructose are most severe in the growing organism, we need to think carefully about what kind of sweeteners we give to our children. Fruit juices should be strictly avoided—they are very high in fructose—but so should anything with HFCS.

Interestingly, although HFCS is used in many products aimed at children, it is not used in baby formula, even though it would probably save the manufactueres a few pennies for each can. Do the formula makers know something they aren’t telling us? Pretty murky!

This article originally appeared in Wise Traditions in Food, Farming and the Healing Arts, the quarterly magazine of the Weston A. Price Foundation, Fall 2001, through special arrangements by the author. Posted on this site, February 21, 2006. All rights reserved.

September 2010: Seemingly because of all the bad press HFCS has been getting in the past few years, the corn refiners industry has petitioned the US government, USDA or FDA (not sure which one), to change the name “high fructose corn syrup” to “corn sugar.” Any anthropologist will tell you there is power in naming, so re-naming, in essence re-branding, is the first step to giving a maligned product a shiny new birth! Do Google to find out more….and watch your labels. Will I have to change the name of this article to “The Murky World of Corn Sugar?” Time will tell.