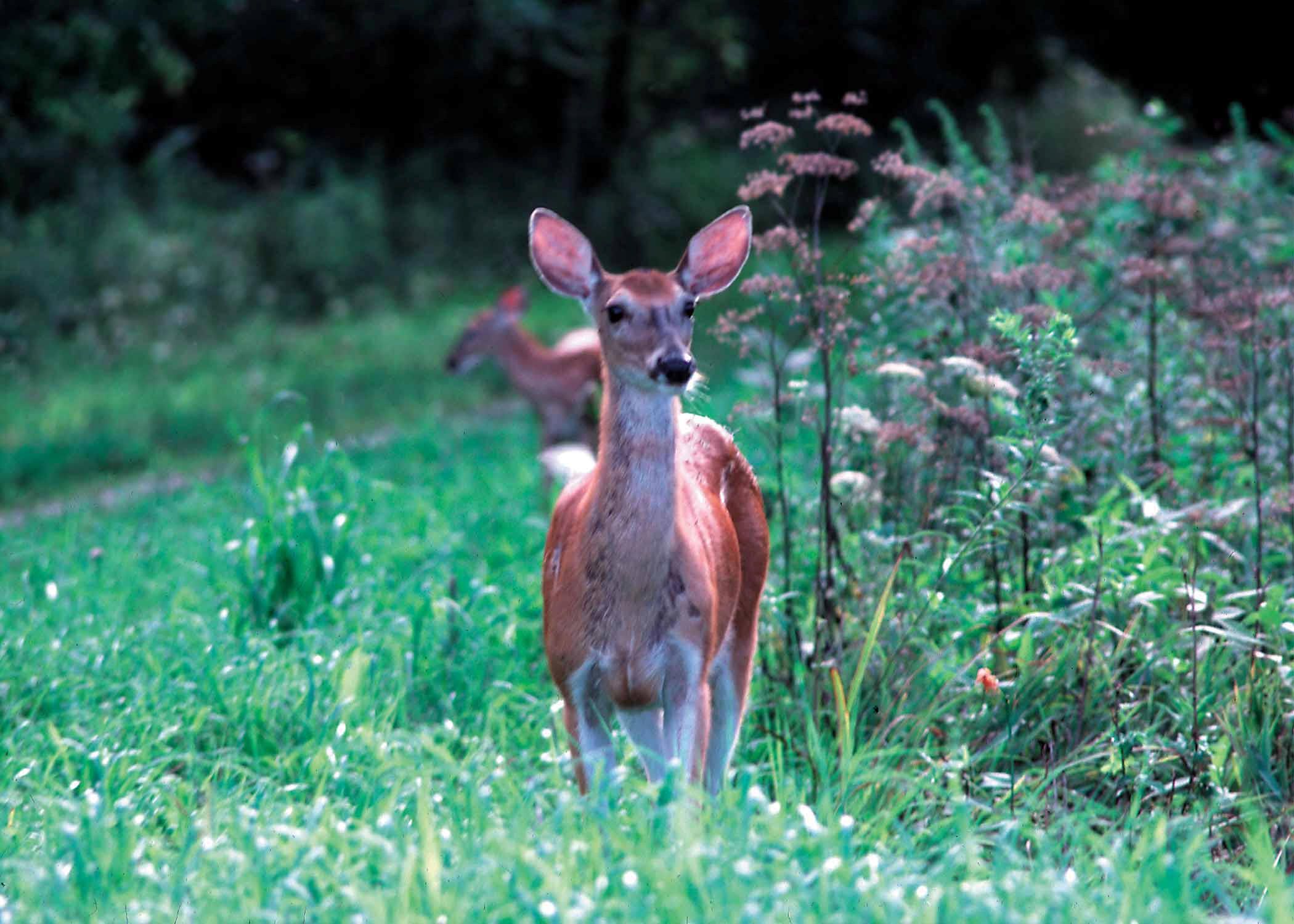 I have just been out to a farm in Virginia where I tasted the most fantastic deer salami. The farmer had killed six deer on his property during fall deer season and processed more than 1,000 pounds of meat into stew meat, sausage and salami. This forward-thinking farmer is on the right track.

I am of the opinion that there are far too many deer in this country. In their plenty, they not only roam the woods, but the highways and byways. Automotive deaths from direct impacts with deer—or trying to avoid one—are on the rise. The Bambi effect has depressed hunting which has allowed them to multiply to unhealthy levels in the wild. Deer carry ticks that spread Lyme disease; deer-borne tuberculosis is transferable to other species like cattle. The best way to solve these problems is to work towards a sustainable deer harvest.

I often marvel at our silliness. We heartily eat imported cattle, pigs and sheep, but have a psychological problem with downing our indigenous species—especially the four-footed kind. The buffalo is sacred to the American Indian, but hunted, albeit for sustenance, not sport. The deer was also sacred, its antlers part of some peace pipes. But again, they were and should be eaten.

Venison should become a staple in the American diet, just like corn. Why continue to fight nature and its abundance? Why continue to pay out millions of dollars in expensive car repairs and imported cuts of beef? Deer obviously thrive in the American environment and, understanding this, Native Indians thanked nature for its plenty with seasonal deer feasts. We should, too.

In I Hear America Cooking, culinary historian Betty Fussell discusses how the Pueblo Indians of the desert Southwest enjoyed a communal meal of a deer and corn stew each fall and how they dried spare venison for the winter. The Indians honored the abundance of the deer—America’s most prolific and resilient indigenous wild animal. And because deer forage on wild plants and are not raised in confinement, it’s likely that venison is one of the healthiest meats—rich in minerals and free of synthetic antibiotics and hormones.

Cooking with venison is a perfect way to capture and exploit the true American terroir, a French term for the essence of the land expressed in its foods, like that country’s domestic cheese or wine. What America lacks is a true American cuisine, one that isn’t heavily borrowed from its European cousins. Such a cuisine would naturally contain the bounty of native American plants and animals, including the deer. The French and Italians are experts at this. Think of brie and you think of France. Think of Chianti and you think of Italy. Think of deer and you should think of . . . America.

You might be surprised to find bones on the ingredient list, but in I Hear America Cooking, author and scholar Betty Fussell explains. “Because they are close to their food roots, Indians know that bone is more important to flavor than flesh is. Venison tastes most itself not as a costly loin roast but as chopped shoulder, neck, and shank, in a mix of meat and bone.” Bones are a must to flavor the “cheaper” cuts of venison. Bones cooked in the broth also supply calcium, phosphorus and many other important minerals. Used by permission of Betty Fussell from I Hear America Cooking.

Cover corn with 2 cups water, bring to a boil, boil 1 minute, and remove from heat. Cover pot and let sit for an hour.

Cut meat into 1-inch cubes. Heat the suet or lard in a heavy cast-iron pot. Sear the meat along with the bones, and when they are browned, remove and put aside. Sauté onions and garlic in the same pot until onions are translucent. Add the chiles and remaining seasonings.

Return the meat and bone to the stew pot. Add the corn with its liquid. Add beef stock to cover. Bring mixture slowly to a simmer and simmer gently until meat and corn are both tender, about 1 1/2-2 hours. Remove bones and serve. Serves 6.