Not All Apples are Created Equal

Not All Apples are Created Equal

The apple was the first fruit in the world according to Genesis, but it was no Cox Orange Pippin. God gave the crab apple and left the rest to man. 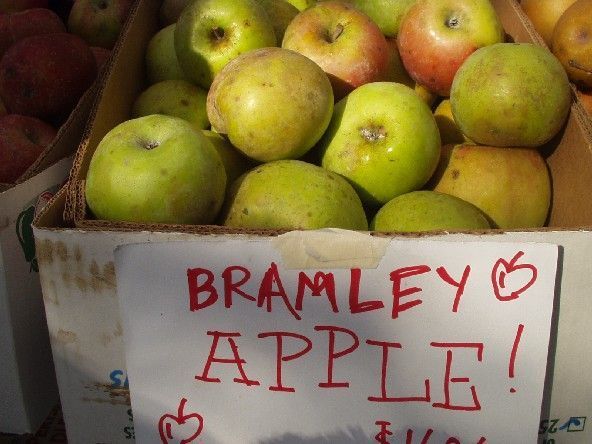 Autumn is always apple season, but is an apple always an apple worth picking—or more importantly, eating? The resounding answer is NO! Not all apples are “created” equal. Finding apples truly worth eating usually takes a bit of work—unless you own your own orchard planted with old-time apples.

I once spent a day with Elwood Fisher, an apple enthusiast and professor of biology at James Madison University. He gave me a tour of his half-acre garden with over 2,000 espaliered fruit cultivars on his home site in Harrisonburg, Virginia. It was a magical autumn day. Fisher is an advocate of old-time apples—like those our grandparents ate. As we wandered around his orchard and tasted real apples, he told about the “Delicious Hoax”—a story that illuminated how a flat-tasting, barely passable mealy apple, and one that is totally worthless for cider or juice, could become so popular in the United States.

Once upon a time, an Iowa farmer found a tree in his apple orchard with an unwanted shoot. He kept pruning it back, but it kept returning so he finally let it grow. He considered the apples it produced inferior, but they had an interesting shape. He named the apple Hawkeye. In 1885, Stark Brothers nursery in Ohio bought the propagating rights and introduced the apple onto the market with a big advertising campaign and new name—Delicious. Fisher called the Delicious apple “an apple actor” and thought such an inferior apple could only become popular in a nation where consumers “eat with their eyes” instead of their taste buds and olfactory receptors. I agree. Delicious apples are certainly not delicious and best left to sit in their grocery store displays. Instead, forage for taste-filled antique apples. Finding organic ones is an added plus.

The cultivation of apples, Malus pumila, was so familiar to the ancients that its early cultivation is not recorded. Apples are classified as a cultigen, i.e., a plant cultivated so long before written history that its wild ancestors were completely forgotten, although there is some speculation that the origin could have been the apple forests of Kazakhstan, somewhere in the Caucasus Mountains north of Alma Atta. It is important to understand that all apples are cultivars, not varieties. A cultivar is distinguished from a variety in that a cultivar is a variant of a species that is maintained only by cultivation, while a variety may also occur in the wild. In layman’s terms, that means that new apple types are perpetuated and maintained by propagation and grafting onto a known rootstock, not from seeds. Differences in apple chemistry, such as the combination of sugars, acids, and to a lesser extent, tannins, other organic constituents, and the aroma, makes up an apple’s flavor. Oftentimes these factors are superior in old-time cultivars also known as antique apples.

Many forgotten apple cultivars, savored for centuries past, are superior in taste to current commercial ones. One of my favorites is an aromatic apple called Winter Banana—another is Black Twig, sometimes called Arkansas Black. Black Twig, an old Tennessee variety with a dark burgundy skin, was Andrew Jackson’s favorite apple. It is not ripe until October, has a very crisp flesh that is both sweet and tart, and it gets better the longer you keep it–if cared for properly–almost until Spring.

Bramley’s Seedling is the most popular cooking apple in Britain (see picture above), where there are three million trees of this cultivar. Another English favorite is Ashmead’s Kernel. This apple gets some of the highest marks among informed apple connoisseurs, yet is unknown to most people. In fact, its continued existence depends on private orchards and germplasm respositories–both in England and the United States–where the total range of its unique genetic diversity is being preserved. And don’t let me forget to mention Cox Orange Pippin, another favorite English cultivar.

If you ever want to go to Normandy, plan a fall trip to get the maximum culinary experience. Back home, don’t forget to try the Tarte Tatin—a famous French apple dessert baked in a special copper Tarte Tatin pan. According to Susan Hermann Loomis, coauthor of the French Farmhouse Cookbook, the preferred apple for Tarte Tatin is the Boscop, which is similar to a Cox’s Orange Pippin, only larger. The Tatin sisters, who created this upside-down apple tart that still bears their name today, ran an inn in the early 1900s in the Loire Valley. If you have never made this delicious dessert you will first need to purchase the aforementioned copper pan. If you have never made this before, I recommend following the lucid directions in Jill Prescott’s French cookbook Ecole de Cuisine.

Other famous French apples include the Calville Blanc d’Hiver which was served with pride to King Louis XIII, the Reinette and the Fameuse. These old-time French apples have been selected and maintained through the centuries for their unique apple chemistries, aromas, and baking, eating, or beverage-producing qualities.

I am lucky enough to be able to buy a variety of hard-to-find antique apple cultivars at the Dupont Circle Farmer’s Market in Washington, DC. Bramley’s, Liberty, York, Enterprise, Golden Russet are among those available–and they are organic. I treasure them and if I am extremely lucky I will be able to pick up a couple of kinds on a single weekend. If I do, I mix them altogether to make a mixed cultivar antique apple pie. Yum! 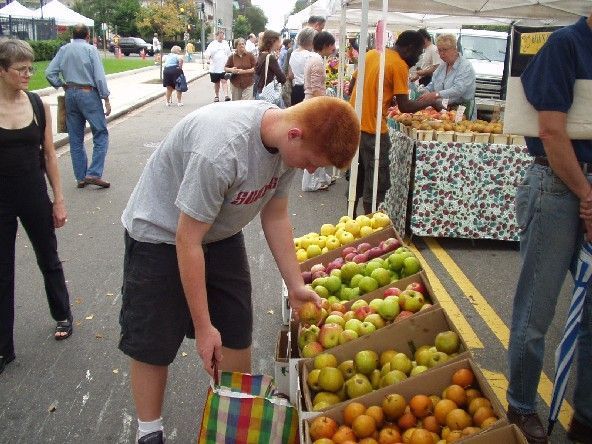 I love that boy!