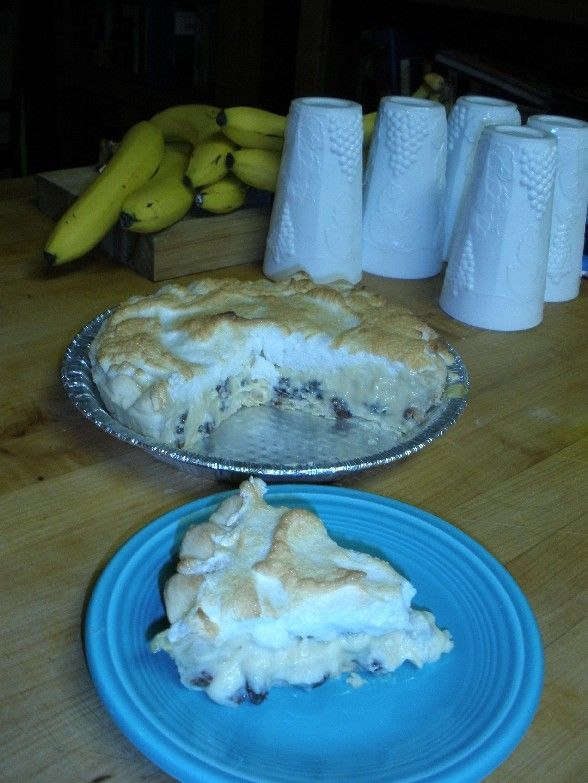 Rose Buss, the lady who gave me this recipe, used to make this pie from scratch to sell at the Hwy. 20 Café, a family restaurant in Parkersburg, Iowa. In the Spring 2008, a tornado destroyed businesses and homes along Old Highway 20. My brother was there the next day and took a picture (below right) from about where the café used to stand.

This highlights one of my key philosophies; if you love a food you taste in restaurant or on the road, don’t be afraid to ask for the recipe. The person will either 1) say the recipe as a family heirloom they don’t want to share or 2) believe the recipe should be shared with the world–and you can be a vehicle. Thankfully, Rose was willing to share the recipe for her raisin cream pie. I’m glad I asked for it–before it was too late.

Her secret was a lard crust and good wholesome ingredients for the filling. Now here’s a tip from Mother Linda that I learned the hard way. When making a cream pie do NOT put your finger in the pudding to taste test it. Even the smallest amount of saliva will set off an enzymatic chain reaction that will turn your pie to mush in the refrigerator overnight. Keep those fingers out of the pie—Rose always did—and now I do, too.

Pre-bake a single-crust pie shell and set aside to completely cool. In a medium pan, bring the milk to just a boil and then quickly whisk in the other ingredients, except the raisins, that have been pre-soaked. If necessary, add a little more cornstarch. Gently fold in the raisins; add the mixture to the cooled pie shell. Whip the 3 egg whites for the topping; add 1 Tbsp. powdered sugar and little cornstarch. Spread the top of the cream filling with the egg whites and swirl to make peaks. Place the pie in a 400°F oven and bake until the peaks are golden brown.

* As suggested by the picture, you can use this same basic recipe to make Banana Cream Pie, too. Use about two bananas. 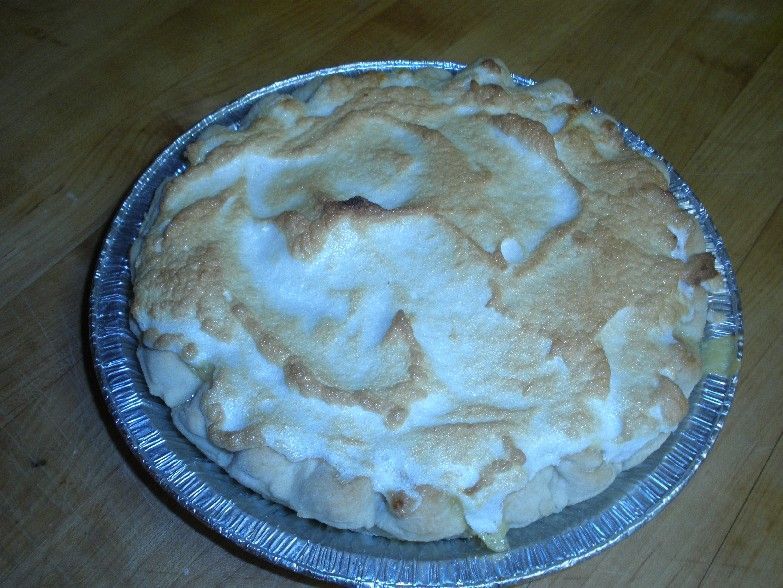 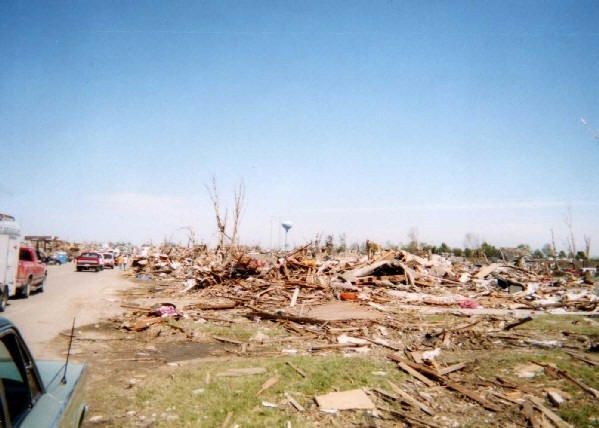