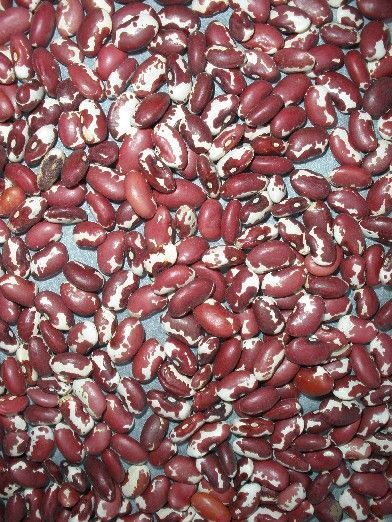 The Anasazi Indians lived in the Four Corners region of the American Southwest dating back to 130 A.D. They are often called the Ancient Ones and are best known for their architectural achievements known today as “cliff dwellings,” which can be seen at Mesa Verde National Park, Hovenweep, Canyon de Chelly and others dotting the arid countryside.

Anasazi beans were one of the few cultivated crops grown by the Anasazi–and were “rescued” when found in some pottery unearthed by white settlers in the early 1900s.

They do not require pre-soaking, although pre-soaking will accelerate the cooking time. They are especially tasty with ham and flavorful in Mexican dishes.

I am told the Hopi and Navajo are not their direct descendants–but this is not from a scholarly source. I want to look to this story.